History of the HCPA

On February 16, 2010, the Florida Fish and Wildlife Commission (FWC) held a workshop in Steinhatchee with the object of stimulating regional interest in paddling as a recreational option for attracting tourism. After the event, a number of individuals from Steinhatchee, Suwannee and Cedar Key began talking about the possibility of a paddling festival for the entire Hidden Coast. This event, as with all subsequent yearly events, was both organized and run by an all-volunteer group. After a couple of years of a multi-location festival plan, the group decided to hold the event in one location, and rotate the location, each year. The result was that over the weekend of Oct. 5-7, 2012 about 80 paddlers attended a well-planned event in Suwannee that included a full schedule of guided paddles, plus social events, all-day non-paddling events (speakers, workshops, excursions) and booths at the Suwannee Community Center. Paddlers stayed over the weekend in Suwannee and the event gave participating businesses a good cash boost. The next year, the event came to Cedar Key where there were further refinements to the model used in Suwannee, including the institution of a fee, a limit on the number of participants, and more sophisticated mapping and publicity. These changes worked well and the event grew, not just in the numbers of those attending, but in structure, safety, visibility and long-term viability. On November 1, 2013 a non-profit Corporation, Hidden Coast Paddling, Inc., was established in order to oversee future Hidden Coast Paddling Adventures.

In 2014 the event, with a name change from “Hidden Coast Paddling Festival” to “Hidden Coast Paddling Adventure”, was moved up the coast to Steinhatchee/Jena. It was expanded to include a Wednesday - Thursday 10-mile paddle with primitive overnight camping on Butler Island off Horseshoe Beach. The Steinhatchee Falls and River were the centerpiece of the event. The Good Times Motel & Marina, in Jena, acted as the event headquarters with a meeting area, full restaurant, hotel rooms, and primitive camping within walking distance. This allowed HCPA to offer an “all inclusive” registration fee, that covered all guided paddles and land events, insurance, three nights of primitive camping, and all meals, except the Saturday night dinner. Other area overnight accommodations were available and were listed on the website. Since this was an environmentally-conscious event, part of the registration fee went go to help support the American Kestrel Fund, which works to protect one of our most admired small birds of prey, whose population is on the decline. To insure the high level of safety and excellence, as well as minimize environmental damage to the area, registration was limited to a maximum of 100 paddlers. Each year has more and more registrants, volunteer Guides and Safety Sweeps returning to the event.

The sixth HCPA (2015) was held on November 4th – 7th in Yankeetown/Inglis, FL. This was the first time at this location. We had 93 paddlers in the water for the 5 day event.

The seventh HCPA (2016) was held in Suwanee, FL. Although hit hard by storm surge from Hurricane Hermine a month earlier, the community was rapidly cleaned up and all the local businesses were up and running by the time the HCPA stared. This years primitive camping trip was at the Usher site on the Suwannee, and included a 12 mile down river paddle. The guided fishing trip at Shired Island was a success. Headquarters was at the Community Center. Registrants were limited to 60 due to the environmental impact and community resources. Weather at the festival was great, and we had a lot of happy paddlers.

The eighth HCPA (2017) was held in Steinhatchee/Jena area once again. This was our second time at this location. Headquarters was at Goodtimes Motel and Marina, one of our favorite hosts. Saturdays guided fishing trip produced trout, redfish and a snook (a rarity this far north). Camping was at the Sponge Point Circumnavigational Trail campsite. The weather cooled a little in the evenings for the festival, however like last time here, the wind began to pick up Saturday afternoon resulting in cancellation of a couple of trips, also a few paddles were modified Saturday afternoon to take the winds into account. We did see a lot of familiar faces and there was quite a bit of excitement about returning next year to Cedar Key HCPA the first weekend in October.

The ninth HCPA (2018) was held on October 3rd through October 7th in Cedar Key, FL and was open to 100 registrants.

The tenth annual HCPA was held on October 23rd through 27th in Yankeetown/Inglis, FL and open to 60 registrants. 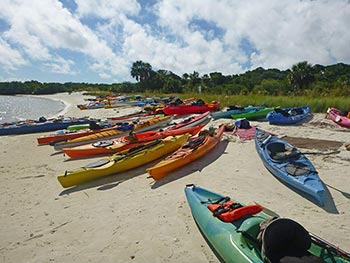 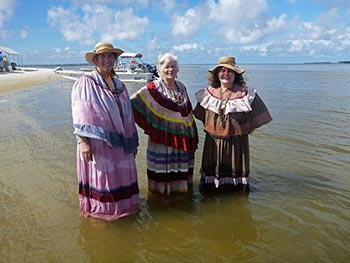 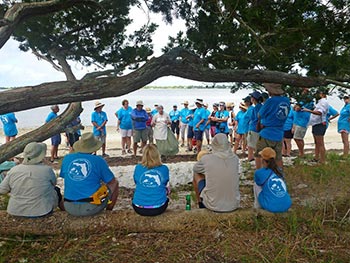 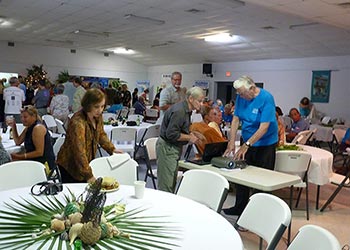 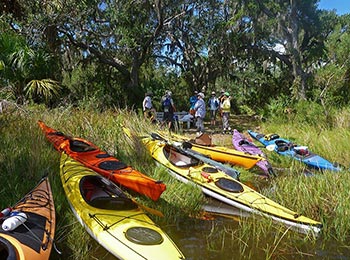 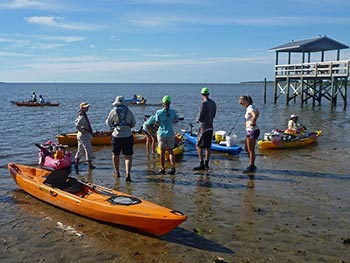 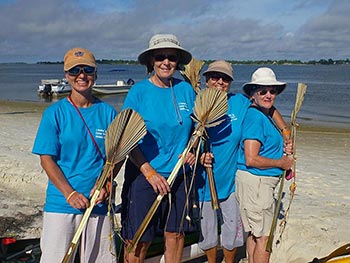 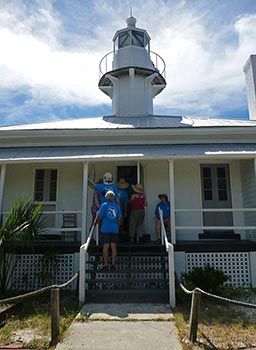